Teachers and tutors of English in Kasese districts have been implementing a project on teaching English language using ICTs. They have been trained in using various ICT tools to develop and prepare lessons and deliver them in the classrooms.  Computers for Schools Uganda carried out refresher training for teachers to renew their skills and bring on board newly recruited teachers. Apart from the training, heads of departments of English also received internet modems and digital cameras on behalf of the departments. The training was carried out on  23rd May 2014 where 20 teachers and tutors attended. This training mainly focused on boosting teachers’ research skills using the internet and using social networks as a platform to exchange information and views with other teachers/tutors across different schools. They were trained on how to use e-mailing as a means of communication and those that did not have e-mail addresses were helped to create them. Skype accounts for each of the teachers and tutors were opened to create a platform for communication amongst the teachers. 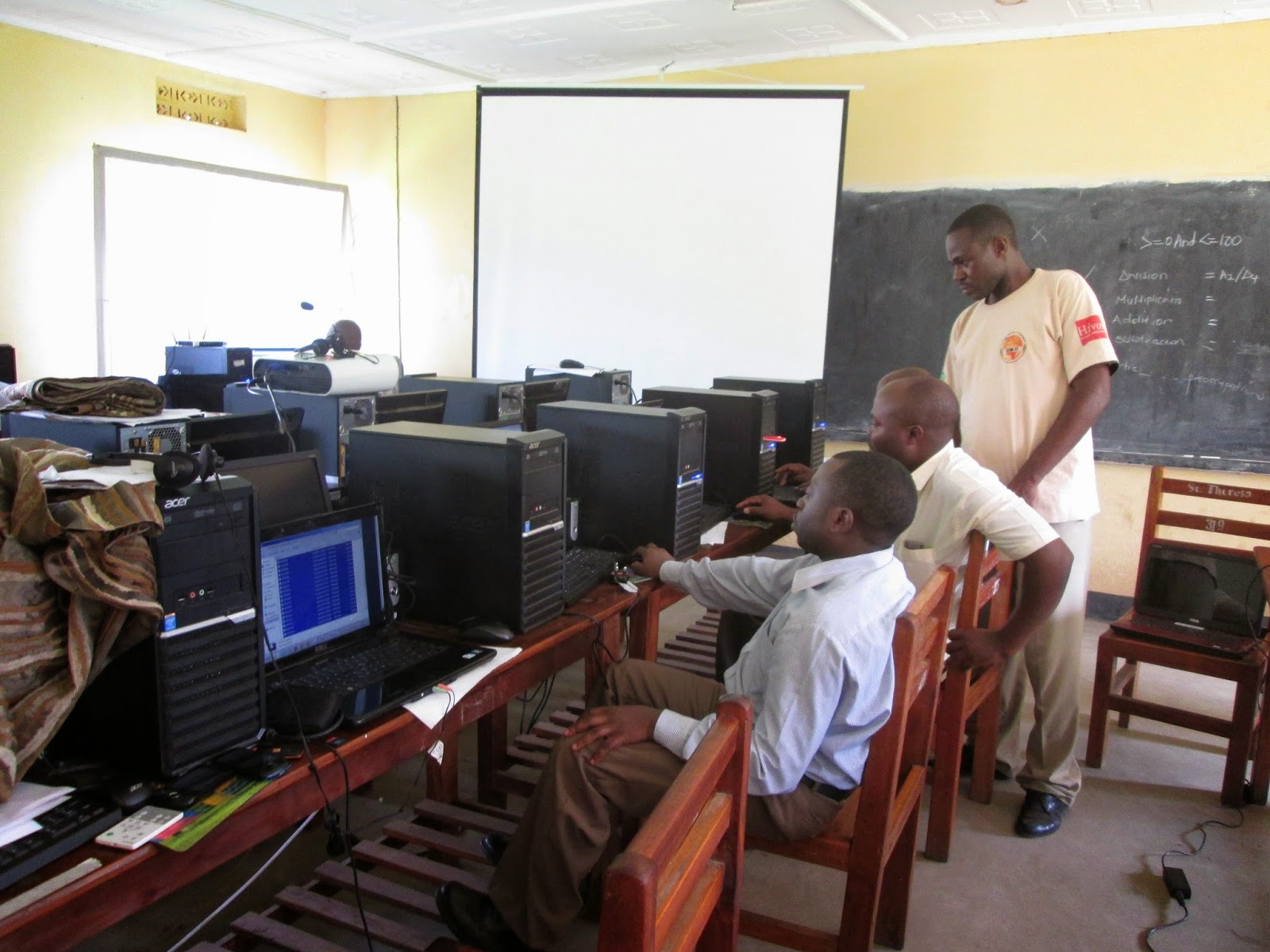 The teachers were guided on how to use different browsers like google, bing and yahoo to search for relevant information on the web. This helped teachers expand their knowledge base as information that was got from the web supplemented the already existing information from the text books.


Apart from learning how to source for information from the web, teachers were also taken through the process of storing teaching materials on external devices for future reference and back up. This was to help resolve the problem of flexibility and viruses. By storing their work on an external disk, it would enable teachers to edit their work even within the comfort of their homes.

CHILDREN COME TO THE RESCUE OF KATIRI PRIMARY SCHOOL

Having heard the many reports on mass media about the floods in Kasese together with my colleagues at office we decided to spend our greater morning of Wednesday 14th May, 2014  in Kilembe.  What is reported on television is just a clip of what took place in Kasese on Thursday 8th May 2014    The place that used to be  home for many is filled with big stones and rocks. The Kilembe mines offices which used to be striking and confortable, is  host of a river  that washed away some structures. One could not resist the depressed faces of the residents who are living on hope that humanitarian aid and the government would come to rescue them from the situation.

The most touching experience was at Katiri Primary school where the flood found the   head teacher and primary seven pupils in class. The situation was so alarming that the head teacher  and the pupils had to evacuate through the window. Under normal circumstances the windows were high for a human being to pass through but the little children managed to escape death amidst all the circumstances though they are now nursing browses. The  courage of the children to reinstate their school was a great motivation for  me as by  12th may 2014 morning the children were busy removing water and silt from the classes even without a formal call by the headmistress.  The headmistress of Katiri primary school was encouraged by efforts of the pupils but however complained that the thieves broke the school cupboard to steal books and other relevant information of the school.

Bulembia  Primary school  was the most affected school of all as the river burst its banks and  washed away a 2 classroom block with all its furniture.  Other classroom blocks were  weakened by the water and the  big question remain  whether or not the school will be able to open on Monday 19th May, 2014  as other schools open.
It was shocking to also observe that part of the Kilembe mines offices were also washed away by the floods while the remaining part is hanging in the middle of the flowing river that burst its banks.  In my view the offices are not safe for human settled because they were  weakened by the floods.  Also the road that was reconstructed a few months ago is the new course of river Nyamwamba, however on critical observation, tarmac on the drive way  was just a small layer in a lay man’s language!!! . UNRA should do a value for money audit even when the road was washed away by the floods.

In my view the floods in Kilembe caused total destructruction  which will not require renovation and relief aid but reconstruction to enable people continue living without having to worry about the next the rain. I have been humbled by the efforts of the local leaders of Kasese, Hima Cement and Hima Tibeti  and CSO for their endavour to desilt the river as well as counsel the local population around Kilembe.  Man should also be blamed for degrading the environment because of Human activities around the river banks, climate change have caused havoc to human life.  The condition at Kilembe is a typical example of how climate change can affect human being and as citizen of Uganda we therefore need to protect our environment for a better tomorrow.
By RWECO Team
Sheila K, Gilbert m & Medrace
Posted by Rwenzoripeoplesvoice at 16:46 No comments: